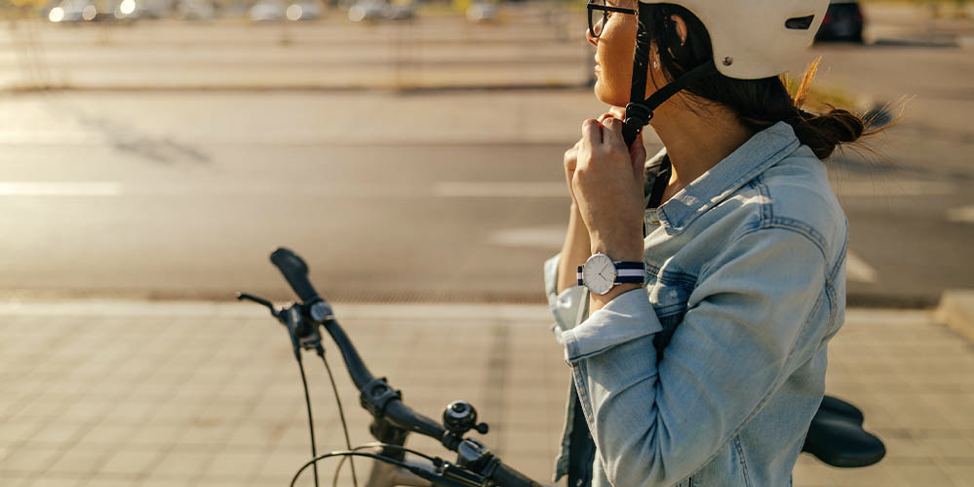 Let’s Share the Road Safely! It’s important to keep safety top of mind. Whether you’re choosing to ride your bike as a means of transportation or for exercise, there are some important things to be aware of.

Often, there is a feeling of competition for road space between cyclists and drivers. Ontario’s roads would be safer if everyone worked together – we need to see each other as people.

Many car-bike collisions are the result of rash decisions, like a cyclist darting across a lane of traffic or a motorist making a sudden right turn. That is why it’s important for everyone on the road to signal their intentions.

For cyclists, that means riding in a straight line, using hand signals and obeying road signs. For drivers, it means avoiding abrupt lane changes and using your signal well in advance of a turn. Cyclists are most concerned about motorists who make turns without looking for bikes, as well as aggressive drivers.

According to Ontario law, keep a one-metre distance when passing a cyclist, often cyclists need to swerve to avoid things like potholes, road debris and sewer grates. Take note: Drivers who do not leave a one-metre buffer could be fined and handed two demerit points.

4. Drivers and cyclists need to follow the rules of the road

One of the most serious transgressions is drivers who ignore posted speed limits.  It’s also important for drivers and cyclists to come to a complete stop at red lights and stop signs. And both motorists and cyclists are reminded to yield the entire roadway to pedestrians.